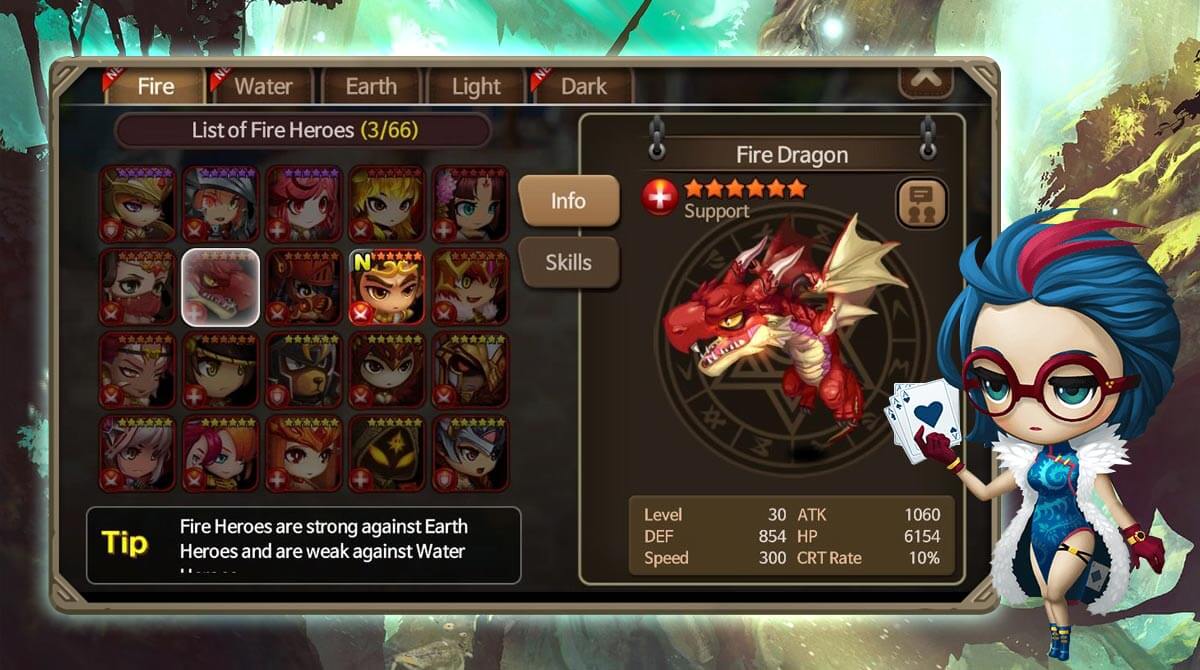 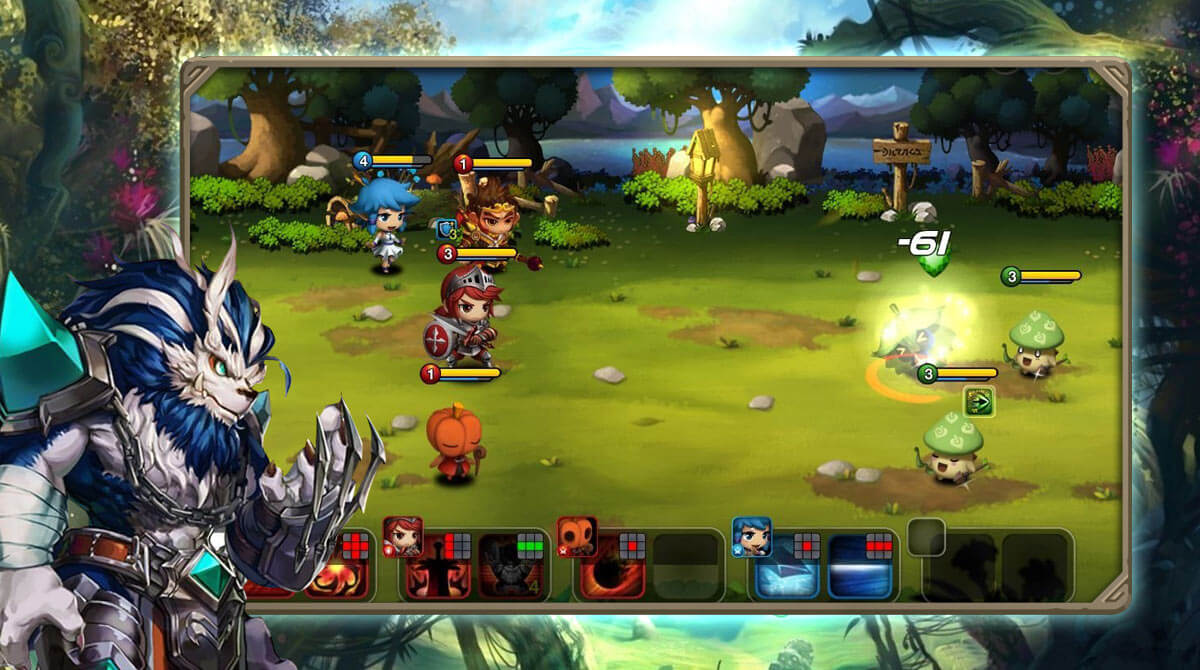 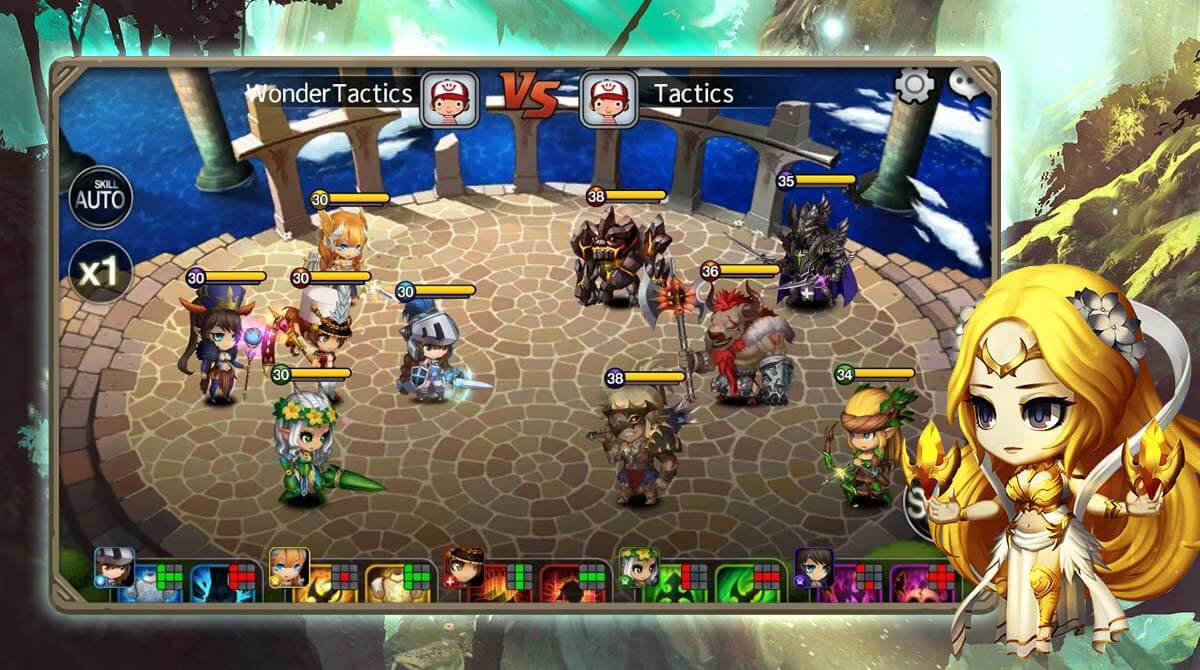 Show off your best strategic skills in creating your powerful squad of adorable heroes in Wonder Tactics on PC. In this role-playing game, you’ll take the role of a skillful commander who will control a strong team as they fight other characters. Well, if you’re looking for the adorable feature, this game is no exception. Like the usual RPGs nowadays, this game offers charming characters you’ll surely love. Published by Com2uS, Wonder Tactics can also test your tactical skills in overcoming complicated battles. Here, it would be best if you unveiled your most effective abilities in handling situations while enjoying the entire game. So, if you think you have the most outstanding skills in becoming a commander, then play this awesome role-playing game now!

In Wonder Tactics on PC, you’ll need to collect various battle heroes that you need to deploy in different battles. With their unique abilities and fighting style, you need to strategically combine your heroes to make thir synergy more effective.

Here, you can access more than 300 heroes, and these chibis vary in elemental attributes. Some are water, light, fire, earth, and light. These heroes also come with distinct characteristics from legendary heroes and knights and are classified according to stars. It means the more the character has stars, the more powerful it is.

You can deploy up to 5 heroes in each battle as you play Wonder Tactics on PC. Here, your heroes will play against different monsters derived from various continents in order to increase your hero level. Take note that each continent offers dozens of continuous levels. Therefore, you’ll get a chance to achieve 3 stars for your hero at each level once you perfectly complete the level. But, once you’ve finished a single continent, be ready for more challenging monsters and bosses ahead of you.

Immerse in a Diversified Dungeon System

In Wonder Tactics, your powerful squad of heroes will dive into over 150 dungeons dispersed on various continents around the world. Here, the bigger the dungeon, the bigger the chance of encountering terrifying monsters. However, take note that these dungeons are modified in three difficulty modes. So, you can freely choose what you think fits your playstyle.

If you just recently started playing this role-playing game, it’s highly recommended to start from the easy level to give you a brief orientation of the power of your opponents. Afterwards, inside these dungeons, you can test out your heroes’ skills by getting into daily raids, treasure towers, and hidden arenas.

Aside from dungeons, you can also prove your worth by challenging other players in a PvP Combat. Although, beware that some players can have more powerful and rare heroes than you. Trust your strategies and the effectiveness of your team formation! Do you have what it takes to be the king of Wonder Tactics? Well, show what you’ve got now!

Are you fascinated by playing role-playing games? Well, why settle for Wonder Tactics alone if you can have loads of exciting RPGs here in EmulatorPC. For instance, you can download Alchemia Story – MMORPG and Arcana Tactics on your PC for free. 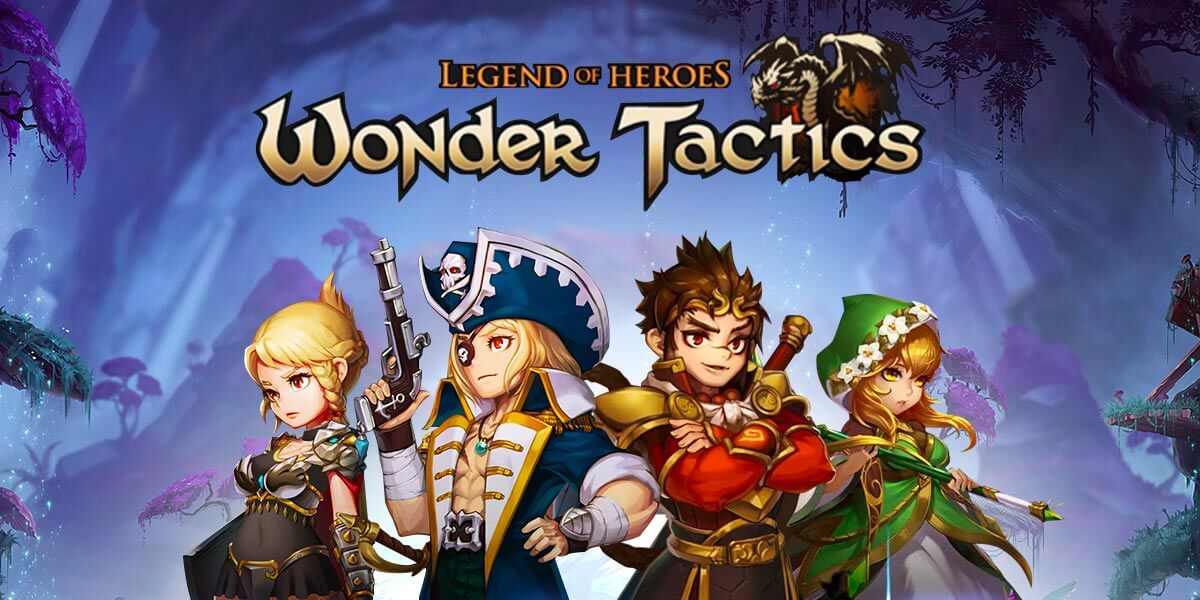 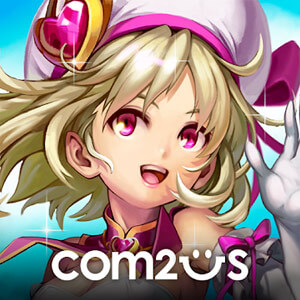 All Wonder Tactics materials are copyrights of Com2uS. Our software is not developed by or affiliated with Com2uS.